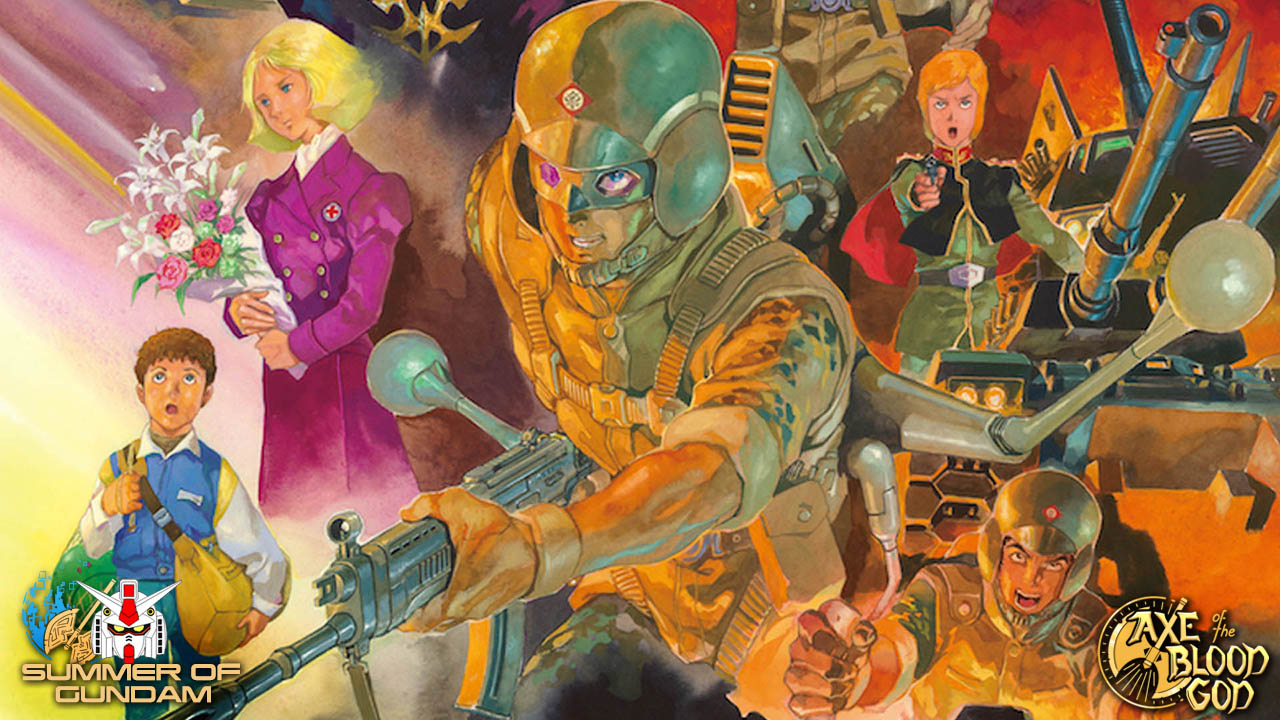 What the heck is Mobile Suit Gundam? And where should you start? We're here to help as the Summer of Gundam begins!

In this month’s special available exclusively to our $5 Patrons and above, Axe of the Blood God’s plucky crew are joined by old pals Jeremy Parish and Mike Williams to offer a guide to Mobile Suit Gundam. Join us as we cover some of the following:

It’s part of our Summer of Gundam coverage, in which we will discuss a Gundam-related topic each week on the show while also doing Pantheon Minis, deep dives, and much more. Strap in because, the Wet Hot Gundam Summer is about to begin!Music from this episode