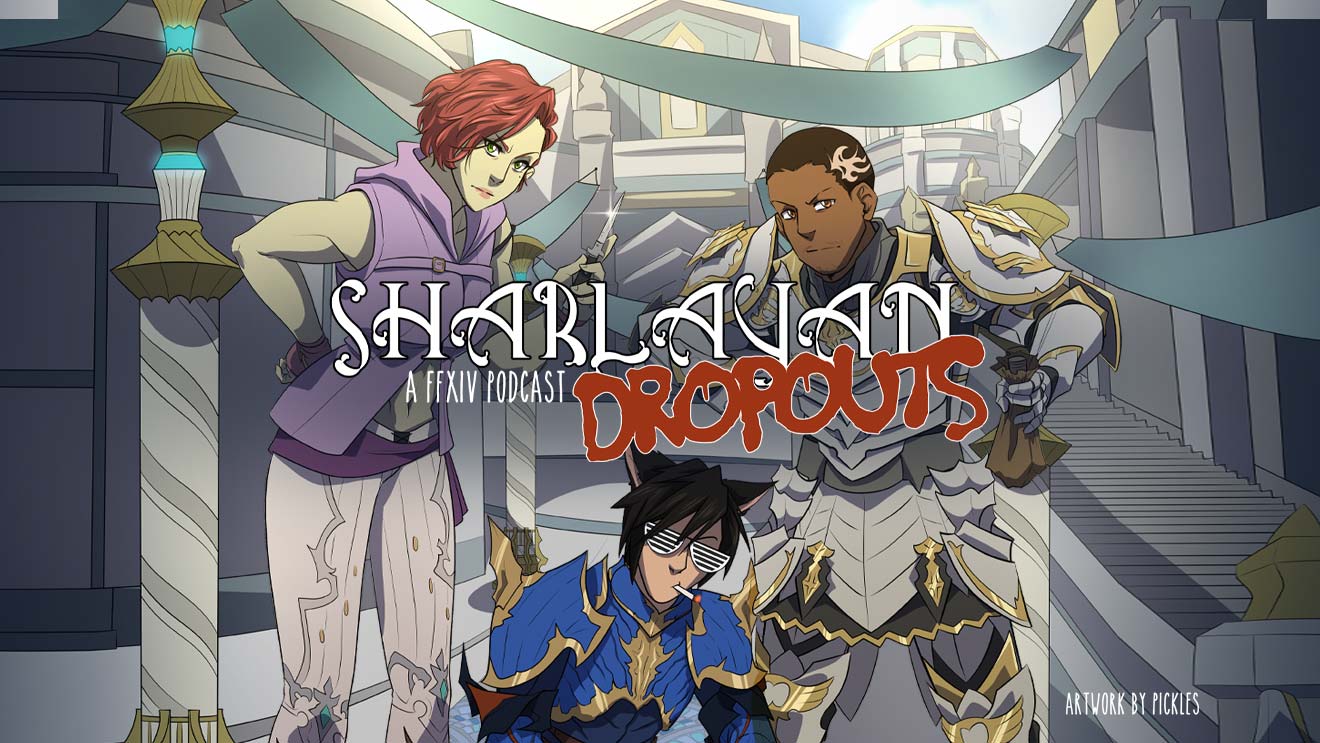 This week, Nadia and Mike talk about their hands-on preview of the upcoming Endwalker expansion! Also in this episode: Hironobu Sakaguchi goes deep, Moogle Treasure Festival, and A Realm Reborn trailers.

Smoke ’em if you got ’em because it’s time for a brand-new episode of Sharlayan Dropouts–Axe of the Blood God’s cool and fashionable Final Fantasy XIV podcast. This week, Nadia and Mike talk about what it was like to go hands-on with a preview build of the upcoming Endwalker expansion. (Victor, meanwhile, drools in equal parts anticipation and jealousy.) Look forward to a thorough breakdown of some of the new maps, including the Old Sharlayan hub town. Rest assured the rumours about Nadia dealing fogweed in the fifth floor washroom are greatly exaggerated. [Cough.]

Also in this episode: Hironobu Sakaguchi, the father of Final Fantasy, is in deep with Final Fantasy XIV. Very deep. We got ‘im, fellahs. Plus, the Moogle Treasure Festival is on again, so prepare for Praetorium memes.

Spoiler Warning Level: Yellow. The content is pretty evenly parsed out in this episode. The first half up to 27:48 is news and discussion about what we’ve been doing in-game. There are very mild spoilers about A Realm Reborn’s final dungeon, and we talk a bit about the games’ trailers. From 27:48 on, the episode is almost exclusively spoilers about Endwalker’s mechanics, the preview dungeon we played, etc.